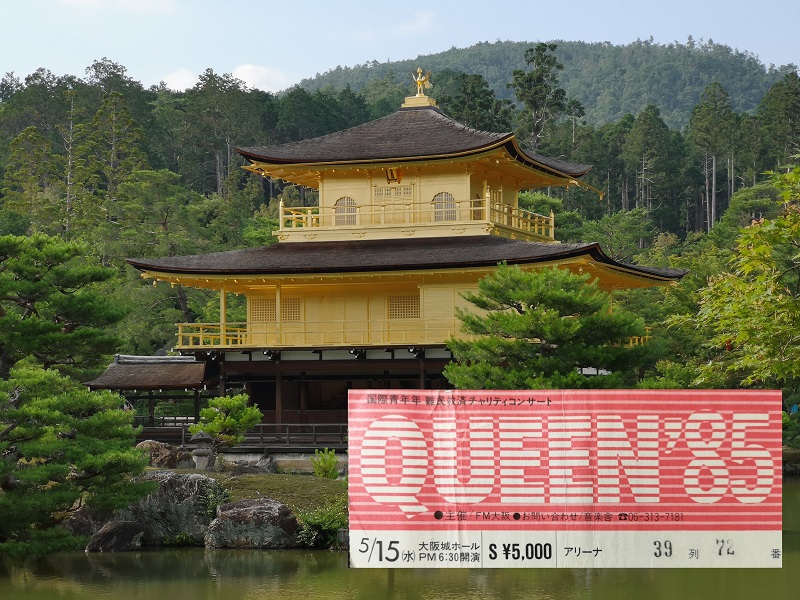 “BOHEMIAN RHAPSODY” is the best movie ever!

Have you watched the great movie『BOHEMIAN RHAPSODY』featuring Freddie Mercury and Queen?

I have watched it three times! The first and second time were in the theaters. The third time was by purchasing the streaming video.

That was awesome! That was the best ever!

Even me, who has been a fun of them more than 30 years, was touched the movie !

Actually, I’ve visited their concert once about 30 years ago, I was a high school student.

Below is the ticket of the concert. The eye-catch image also has it.

What is the something which is appeared in the movie “BOHEMIAN RHAPSODY”?

One day, I’ve talked with one of my co-workers about the movie.

It was appeared in the movie, right?

What? What’s that? I’ve seen it twice, but I didn’t notice!

She said to me…

You can get it if you go to Golden temple in Kyoto.

Though I’ve visited The Golden Temple around 10 years ago with my Korean Friends, I don’t remember about it which is appeared in the movie at all!

I’m so interested in if it was really appeared in the movie or not, so I purchased the streaming video rental from Amazon Prime Video. That was the third time I watched the movie.

Found it ! Definitely there is !

There is on the wall in the scene when the former girl friend Mary Austin visited the Freddie and tell him about her pregnancy and the hugest charity concert “Live Aid”.

So what is the something?

I will tell you about it later, but before then, I will show you some photos of Golden temple.

I visited the Golden Pavilion for the first time in 10 years.

So I’ve visited the Golden temple during the rainy season. It is also called “Rokuon-ji”.

Kyoto city bus is the easiest way to get there, except a car. There is no train station around the temple, even though it is a really famous tourist attraction.

I’ve got on the bus. 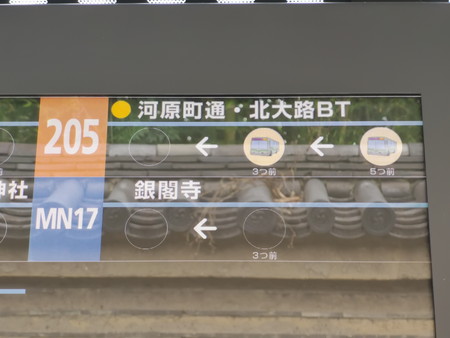 Though the Golden Pavilion is located in mountain area, the road and bus stop are in downtown area. 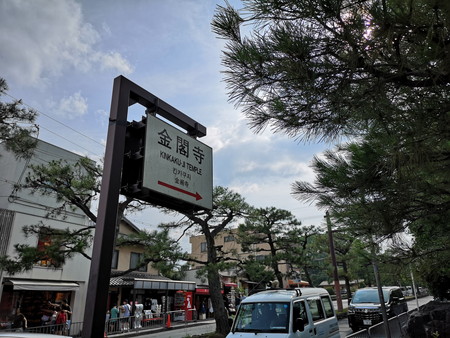 This is the second nearest bus stop “Kinkakuji-michi”. 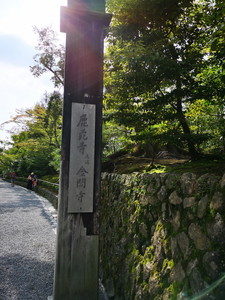 This must be the central gate, I guess. 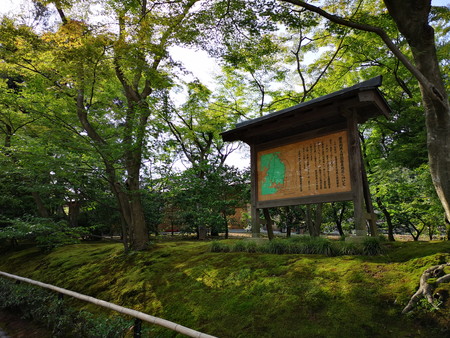 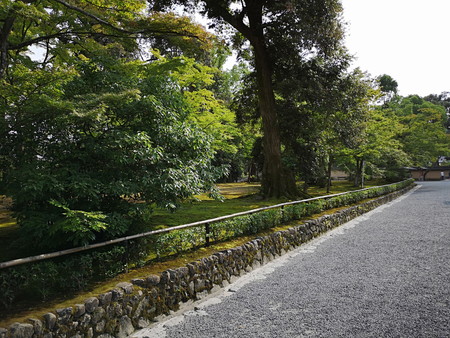 Though I’ve been there during the rainy season, it was not rainy day, even sunny, sometimes. 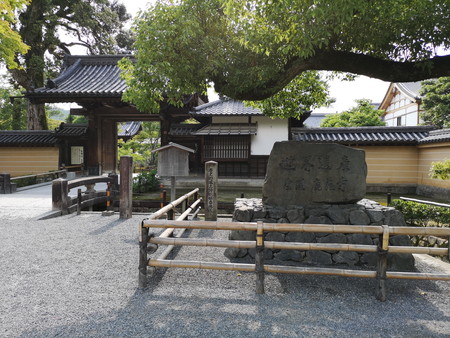 I have heard that the temple is always busy, but it was because the rainy season and evening of weekday, fewer visitors than I thought. 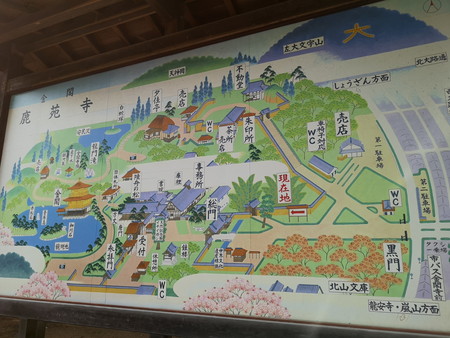 Map of the premises 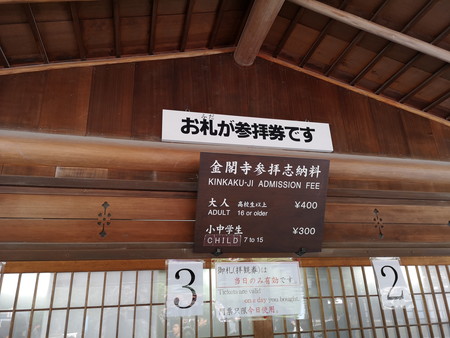 This is the Entrance. Admission fee is 400 JPY for adult, 300 JPY for Junior/Elementary school student.

It is true color of Gold

Right after you get through the entrance, you can see the Golden Pavilion ! 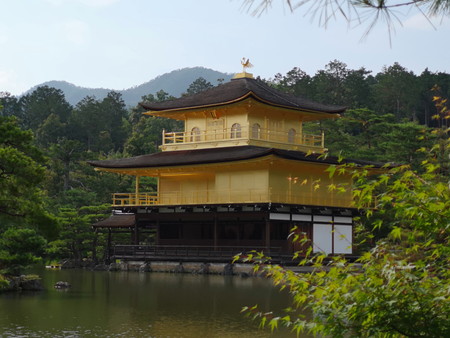 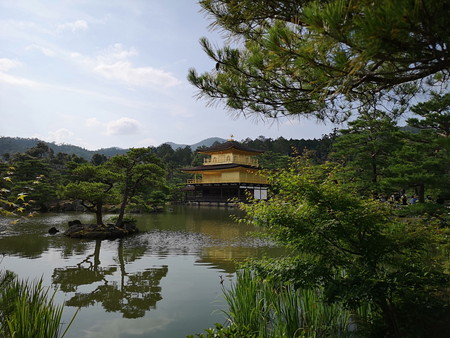 A photo from far place 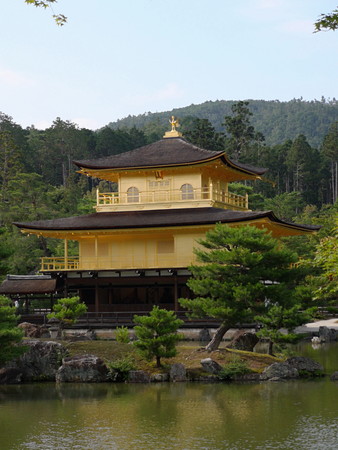 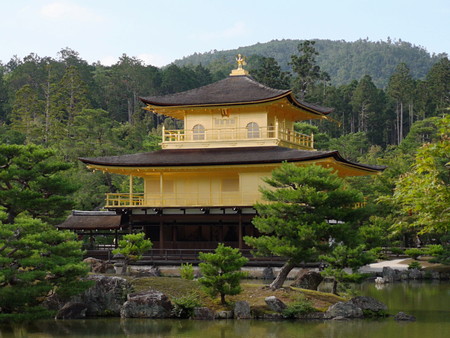 It was shinny, even in a cloudy day.

So what is the something?

Oops, I almost forgot about the something which is appeared in the movie.

This is not an usual travel reporting blog.

To tell you the truth, I already got it before I saw the Golden Pavilion.

I guess some of you already knew what was the something.

Because of the copyright issue, I can not show you the video or image of the movie, but we can see the talisman of the temple in the scene that Mary Austin visited Freddie.

The something which is appeared in the movie is…

TALISMAN of The Golden Pavilion. That is the answer of this post. 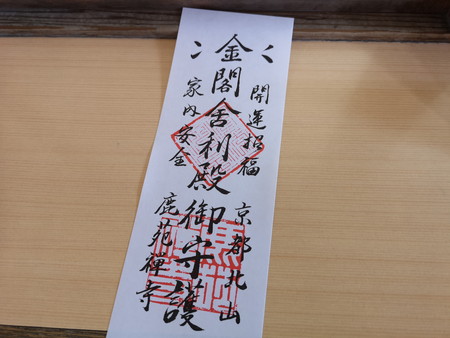 TALISMAN of The Golden Pavilion.

Members of QUEEN visited Japan sometimes, so some or all of them might have the talisman !

I searched whether if Freddie put the talisman on his rooms wall or not, I could not get any trustworthy information.

But I knew the film-makers emphasized keeping the reality of the movie.

That is why the movie became a blockbuster hit !

Whether it is true or not?

It is really clear.

It is true that you can get talisman of the Golden Temple, which is appeared in the movie “BOHEMIAN RHAPSODY” !

Is it true that the temple was a power spots for the member of the musical band QUEEN?